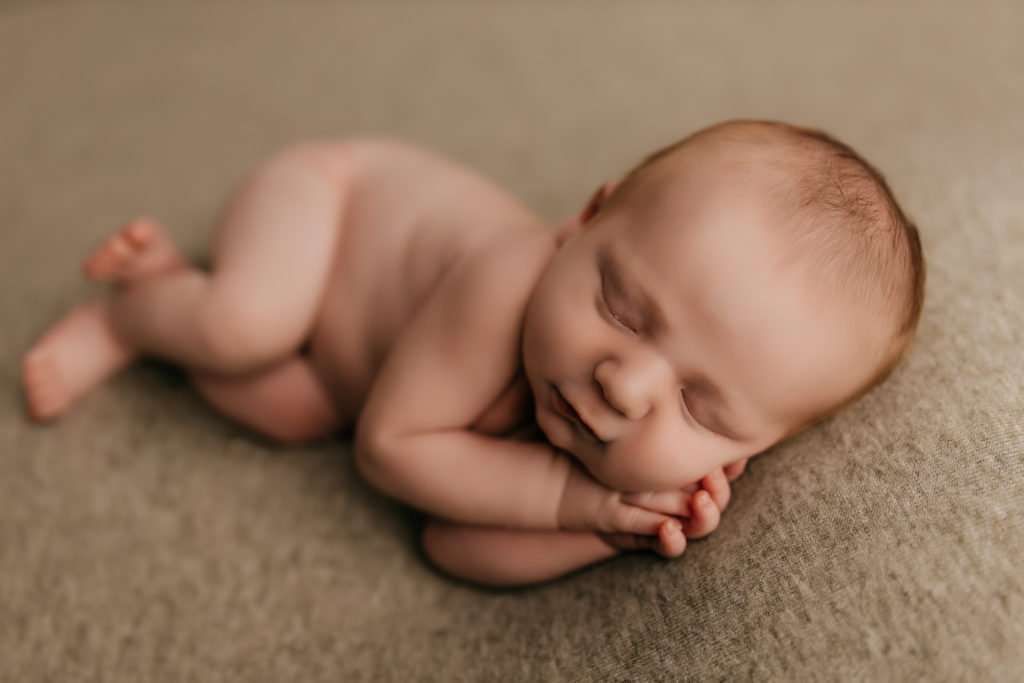 Sweet little Weston. His momma came to me about 3 weeks before his due date wanting to get scheduled in for a newborn photography session. Luckily I had some space in my calendar for the end of June, so that’s what we planned on. Since she came in for the consultation and decided that she wanted to move forward with my services, we immediately went into the design phase of her newborn photography session with me.

For Westons newborn photography design appointment his mom had let me know that she did not want to have family images done, as she didn’t think that she would be feeling the best afterward and just wanted to focus on pictures with big brother and Weston. I told her that that was fine and that I would plan for family images and if she decided that morning to not do them, then it was completely okay. For Weston’s newborn photography session, she wanted him to have blues and greens as the main color for his backdrops. We picked about 3-5 different backdrops that she liked and that I would consider for his newborn photography session. She liked the simple timeless images that I feel like I’m known for. No props involved, just focusing on her baby and his details in that moment.

We started Weston’s newborn photography session with sibling images. The older brother was so stinking cute and sweet. He was three years old and was just the most outgoing little guy with a huge personality and just wanted to make everyone laugh. Mom did let me know that Garrett recently started giving this cheesy grin anytime you said “say cheese”, so I was as careful as I could be to not say that phrase to get him to smile the best smile he could. Mom was behind me on the sibling images where I had Garrett holding Weston and turns out what I thought was silly faces happening, was Garrett mimicking his mom while she was trying to get him to smile. So, the images, I felt, turned out hilarious and just as you would expect from a three-year-old. Their mom called it the turtle face, and I found it to be both hilarious and super cute! After the sibling images, we moved on to just Weston. This little guy was so cute! He had chunky little cheeks and the bluest of eyes. When I pulled out the green backdrops, his mom quickly told me that blue was more his color, so I took the greens off and put the blues in. One pose that mom requested for her newborn photography session that she was set on was froggy pose. She wanted it so bad so I was determined to get it for her. We tried and tried for froggy pose during his newborn photography session but he would not allow me to put his second arm up in position without freaking out. After so long, I could tell that Weston was just over it and I told his mom to come back another day and we would try the pose again. After looking at our calendars we decided to have Weston come back the next day to try. Again, I was determined to get this little guy in the froggy pose for his momma, as she really wanted this one pose, so we tried for an hour and a half to get him sleeping, calm, and in this pose. Finally, I decided to ditch the traditional froggy pose and just do one-handed froggy. 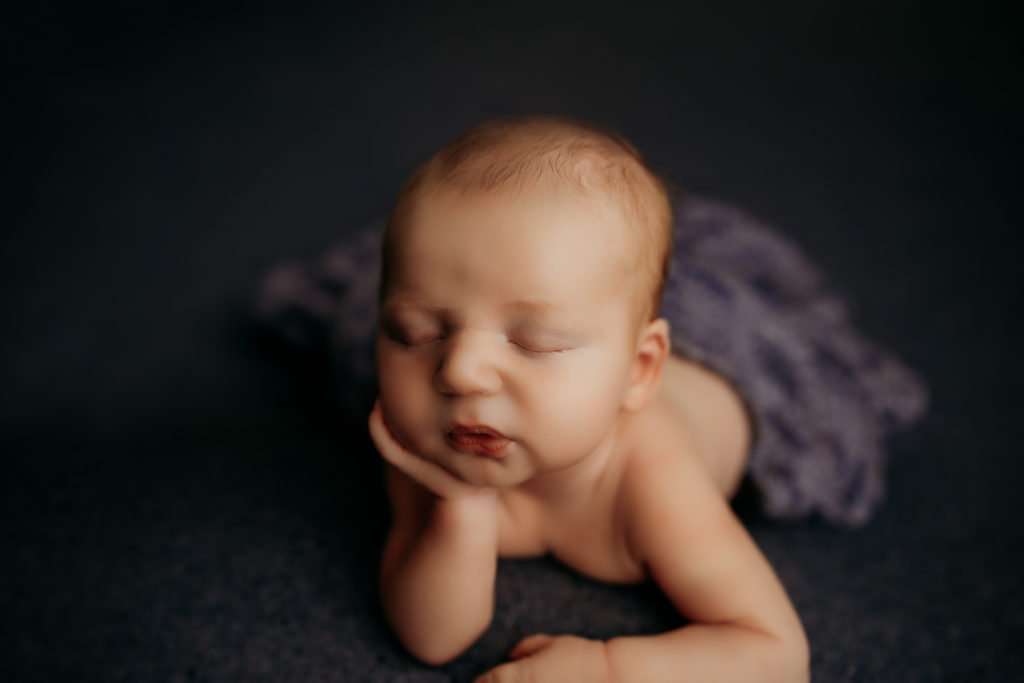 I’m so glad I did try because his mom absolutely loved the image of him. After the session, we decided that the reason why he was having such a hard time with this newborn photography pose was that he was very gassy and his little tummy was upset. I quickly realized when I was coming to this conclusion that anytime I put him on his belly or leaning forward, we would get very angry and have cries and the normal feet jerking when a newborn was having gas pains.

At the ordering appointment, I asked Weston’s mom if his belly pain had gotten any better, and she said that it had and it was definitely gas pain as he was tooting up a storm after he left my studio. Mom picked 11 images, however, one was a complimentary print as she had booked her newborn photography session with me by a certain date. During the ordering appointment, mom and grandma both loved the images that they saw and had nothing but good things to say. Even though they were laughing at the way big brother was smiling in the images, they knew that that was him at that exact moment and absolutely loved them.

To schedule your newborn photography session, go to my Contact Me page today! 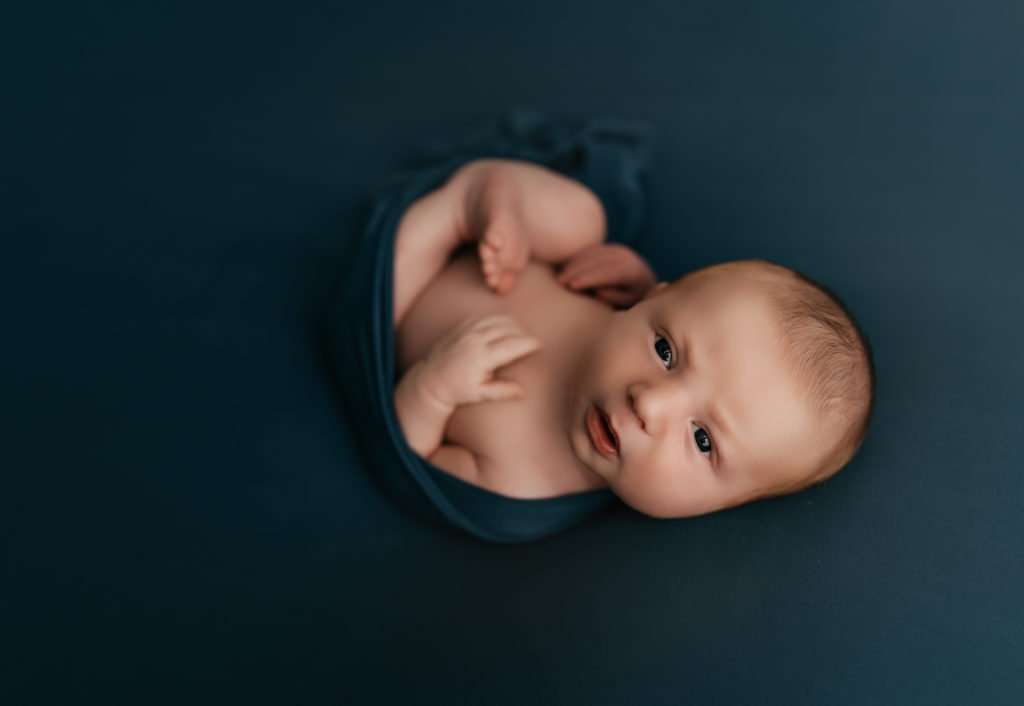 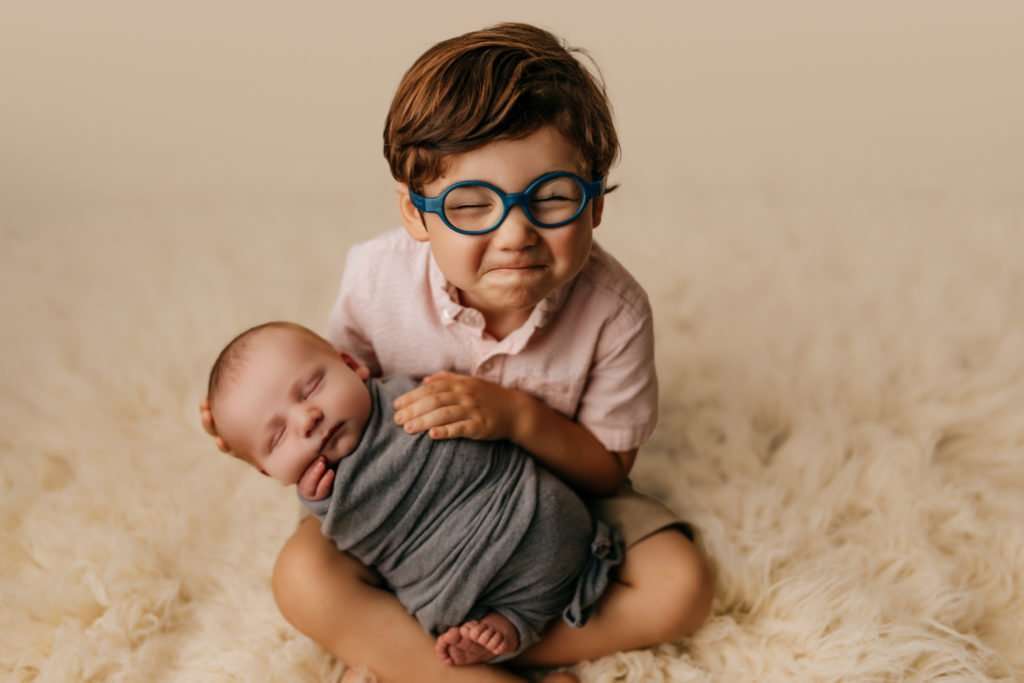